To overwrite the website's styles, switch to "Source" view and add your CSS. An opening and closing style tag is already included. Contact service@memberleap.com with any CSS issues, time required to fix any issues may be billable 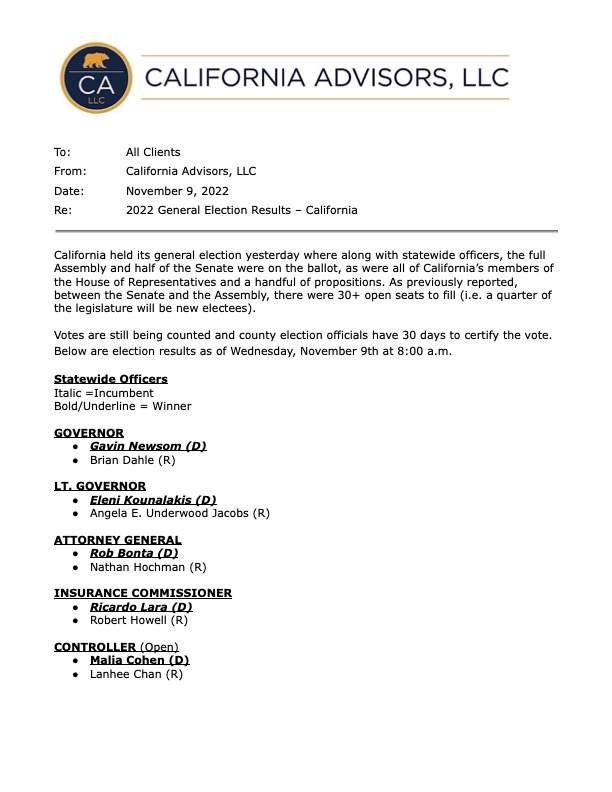 California held its general election yesterday where along with statewide officers, the full Assembly and half of the Senate were on the ballot, as were all of California’s members of the House of Representatives and a handful of propositions. As previously reported, between the Senate and the Assembly, there were 30+ open seats to fill (i.e. a quarter of the legislature will be new electees).

Votes are still being counted and county election officials have 30 days to certify the vote. Below are election results as of Wednesday, November 9th at 8:00 a.m.